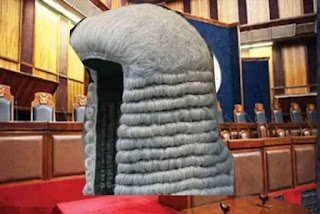 According to report, Justice Bashir Sukola of the Kaduna State High Court is dead.
Bench in the state on Wednesday was in mourning state over the exit of Justice Sukola.
It was learnt that Justice Sukola died on Tuesday evening and was buried on Wednesday morning according to Islamic rite.
Justice Sukola had earlier this month, ordered the remand of a reporter with Vanguard newspaper, Mr. Luka Binniyat, to Kaduna Maximum prison over allegation of false publication against Governor Nasir el-Rufai and his government.
However, the details of his death are still sketchy.