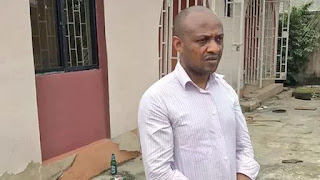 “As far as I am concerned, he is an ordinary inmate. So far, so good. There is no way he can even go above the law because he can’t have that chance. We have ensured that our prisons are secure. So there is no cause for alarm.
“In the cases of inmates making use of telephone and other facilities, I assure you that if any case like that comes up and we investigate and find it to be true, we will not hesitate to take positive action. For now, I assure you that we don’t have such thing in our prisons.”


Evans was arrested in June by operatives of the Nigerian Police Force.
Reactions: